← more from
PTP
Get fresh music recommendations delivered to your inbox every Friday.
We've updated our Terms of Use. You can review the changes here.

The Gospel of the Devourer 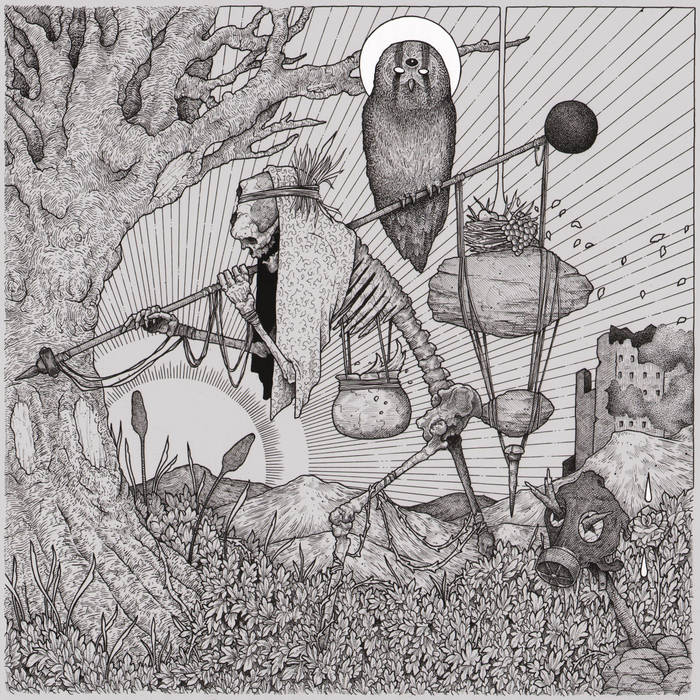 Mervin Wong It's an experience that is both so visceral and powerful.

noinoeso A noise and drone epic that re appropriates the sacrosanct and esoteric aesthetic often present in black metal done by bigots. If you buy, your money will go directly to black trans ppl. Join and chant the gospel of the devourer! Favorite track: It came to be called the War of Accretion; and its violence tore asunder the laws of Gravity itself.

Favorite track: We brooked no heroes, yet they whispered of the Saint who massacred a trillion soldiers on the cusp of Orion.

------------
CW: graphic violence, blood
.
.
.
.
.
.
rejoice, sister;
rejoice, sibling
tonight my knife shall drink the blood of God
I will stain my teeth on His entrails
and wear his flesh as the cloak of eternity,
so our children may know the paths of the stars

eat lightly;
when the Pretender's angel comes
to feast on the children of Gomorrah, our blood will boil from his insides
and he will know eternal
and untold suffering

He wars against the people of the light :
He sends armies to burn our cities
His Empire is vast and touches all galaxies
when our corpses fill the void, crushing the stars themselves,
only then will he know blood and gravity,
and weep.


An excerpt from the Book of Desertion:


Your body is not yours. All matter must fall into the Singularity that is power; acceptance of this truth is wisdom. On wisdom is built Strength. On Strength do we build our Empire. This is the holy physics of the citizenship we now confer on you: Serve, and live forever.


When I was 15 I was drafted into the division of Cataclysms. I remember being made to chant a litany for war:

The true soldier fires not bullets
but the Truth,
kills not,
but only brings into the Light

The true soldier
aims with his heart
he does not seek glory,
only the good of all. His
rifle is blessed
and his enemies will thank him
with their final breath.


and then our battalion fell on the salt mines in Tethys. It was slaughter. I fought with the conviction of a zealot - and I waited, safe in my virtue, for the blessing that was my due. I killed, and I waited. I waited, and I killed. I received no grace.

When finally my scope found my own Sergeant's head, when with a sense of completeness I pulled the trigger, spilling his brains into the foxholes, when I wrested the standard from his hands and shouted our retreat:
It was not because I had learned to see our victims as people. It was only because I had waited, and waited, and waited - and finally come to realize that God had forsaken me. I was arrested and tried.

He said unto me, "Deserter. A man is not born. A man is forged by the State and continues by the grace of God. As the State giveth, it may take away. We can no longer judge you, who hath no rifle. Go in peace."

Bandcamp Daily  your guide to the world of Bandcamp